Pets (ペット) are the main source of offensive ability for

Summoners in Phantasy Star Online 2. When hatched from an

Egg, they will be added to a list of up to ten maximum pets which can be viewed through the menu. Through Egg Synthesis, one can use other eggs to raise their pets to a higher level and increase their stat bonuses. They require a

Takt to be utilized.

There are currently three available pets, each with its own ideal setups and

Personalities. Wanda is an all-rounder with high defensive abilities, Torim specializes against single targets but is much weaker, and Cery is able to support the other pets and attack from a distance.

Wanda (ワンダ) appears to draw inspiration from foxes and unicorns. It has high HP and

S-DEF, as well as above-average

T-DEF; its attacks are mostly balanced, though its

S-ATK is its highest. Its defenses are well above average. It is most commonly found as a drop from Naberius' Natives and Earth's Phantoms.

These stats do not include bonuses nor

Wanda's maximum bonuses are as follows.

Candy is obtained through various methods, and will apply a bonus such as extra stats to the specific pet. More space can be acquired by erasing caramel and getting the pet to level 60, at which point the blue jelly cubes will disappear. 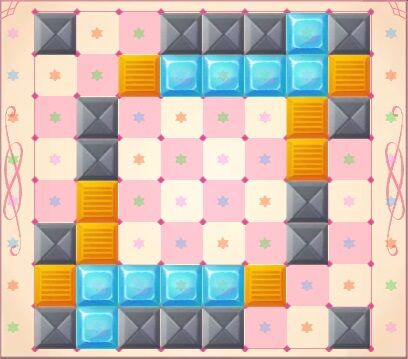 A pet's personality is granted to it upon obtaining identifying an egg; it can be transferred from an egg to an existing pet at the Pet Lab through . The level of the personality rises as the pet's level rises. Special variants, preceded by Super (超), of each personality exist, and this will have a rare droprate boost as a bonus effect.

Community content is available under CC-BY-SA unless otherwise noted.
Advertisement